Get fresh music recommendations delivered to your inbox every Friday.

by Born To Expire 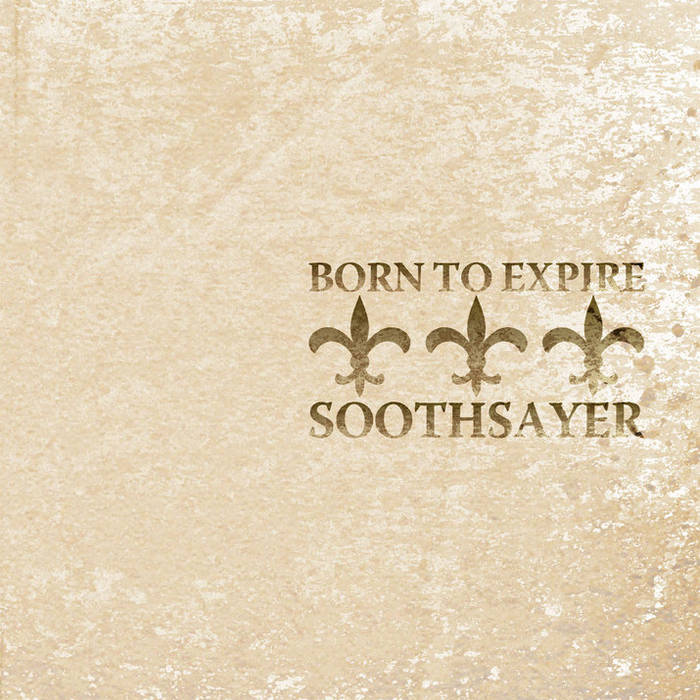 'Soothsayer is the absolutely badass debut EP from Auburn, NY's Born to Expire, and I have to assume they're named after the Leeway album, which is always a good sign - even if they don't sound like Leeway! Expect crushing metallic hardcore that spices up the traditional power chord rhythms and chugging midpaced breaks with some dense, sludge-laden grooves and cold, crawling dissonance.

The recording on this thing is heavy as shit, too. I've never heard basslines this effectively loud before in my life! I swear the bass must be mixed dead even with the guitars, if not a touch louder. And I love it! I hope they maintain that balance on all of their future recordings, 'cause it makes the riffs - which are already superfuckin' meaty - hit even harder.

The overall feel of this stuff kind of reminds me of the mighty Dead City, which is also always a good sign. According to the dude from the band who sent me the EP, their new material is hinting at a little more of a Crowbar influence, which could be really cool hearing how those types of runs already seep into these tracks. Hell, there are moments herein that damn near touch on doom metal vibes, so... who knows how far they'll take such elements down the road? Whatever the case, this is a killer start, and I'm really looking forward to hearing more.'- Aversionline (www.aversionline.com)

Recorded in May of 2008 by Josh Swagler. The 7" was released in 2011 on The Limit Records based out of the Netherlands.

Dig The Hole. Fall Below.

Bandcamp Daily  your guide to the world of Bandcamp

Nightmares on Wax and Bremer McCoy stop by with their sublime new LPs.